My OH, the lovely Karen decided that a Significant Birthday needed a Proper Present. So she commissioned a couple of paintings from a Liam O’Farrell.

Here they are on my wall. 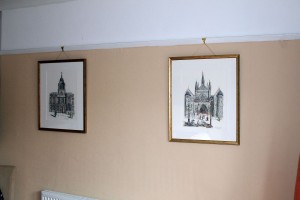 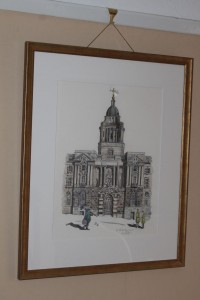 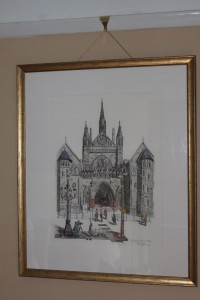 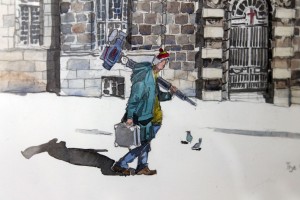 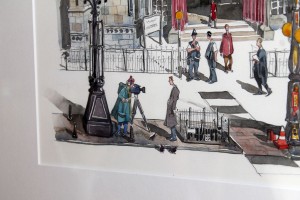 Karen tells me she sent the artist every photo of me on location she could find so he got the idea–and then he filtered it through his style. Apparently he loved the  the woolly hat (which I was wearing the very first time she met me at the Bailey eight years ago; a story I will come to sooner rather than later) and really wanted to include it.

I think they’re wonderful and I think in some ways  the hat says everything.

Thank you so much dear.